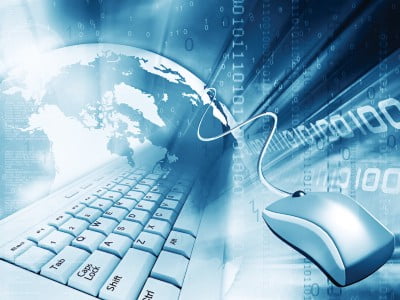 Welcome to our monthly news roundup for March 2016! We’ve collected some of the most interesting and noteworthy networking news from around the web over the past month. In this month’s edition, we look at the Pentagon’s open invitation to hackers, a board game playing AI, the continual growth of LTE and more. So, without further ado, let’s take a look at the relevant network systems news for March 2016.

Hacking into the Pentagon’s network systems has been a point of fascination for the entertainment industry for about as long as computers and the Pentagon have existed. And, thanks to an official invitation from the US military, now might be the best chance for bringing this fantasy to life: in an effort to evaluate the Pentagon’s cybersecurity capabilities, officials are requesting network system experts to do their best to hack one of the USA’s most secretive organisations. Of course, it isn’t available for anybody: candidates need to be US citizens, and must agree to a background check first – not that the NSA hasn’t already got that covered.

In a historic moment for AI, Google’s AlphaGo (a program developed by Google’s DeepMind) won the first of five matches against Go legend, Lee Se-dol. While AI has been used in chess matches before, Go requires a far deeper level of strategy, due to the trillions of possible move combinations.

According to the article on Wired, “Go is an ancient Chinese board game that has long been considered one of the great challenges faced by AI. While computer programs now beat the world’s leading human players of games like checkers and chess, the high level of intuition and evaluation required by Go, has made it tough for computers to crack. DeepMind’s AlphaGo program is the most advanced effort yet, using a complex system of deep neural networks and machine learning; it beat European champion Fan Hui last year, but Lee Se-dol is another proposition entirely.” The remaining matches will take place over the course of the month, and should prove no less interesting in their implications for AI development.

Even though we reported last month on the development of the fifth generation mobile network, that’s not to say that 4G is on its way out any time soon – if history is anything to go by, we won’t see a commercial iteration of 5G for the next five years at least. While 4G LTE was introduced around 2008, it’s by no means ubiquitous among mobile phone users. But at the end of the last quarter of 2015, a total of 1.07 billion devices were connected to LTE.

Earlier this month, Google announced plans to roll out its ‘Project Fi’ mobile network to the American public. In a nutshell, Project Fi is a virtual mobile network that makes use of any open Wi-Fi hotspots and cellular networks belonging to US telecoms giants T-Mobile and Sprint. Project Fi will provide a full network service to subscribers, including data, voice and video calls, and text messaging. While the full list of services will only be available for Google Nexus users, certain models of iPad and Samsung Galaxy tablets will be able to access the data-only portion of the service.

Google hasn’t commented on any plans to open the service to other devices, but the pricing model – US$20 per month for unlimited domestic voice and text and unlimited international text, plus an extra US$10 per Gb of data – is sure to cause some disruption in the cellular network provider market.

That’s all for this month’s network systems news roundup. If you’d like to know more about investing in a network monitoring software solution that keeps you ahead of the curve and ready for the future of network technologies, download our Network Manager’s Guide to a Stable and Highly Available network today.